Bruce Hill arrived in San Francisco in 1984 on a motorcycle. His great-grandfather made a similar cross-country trek in 1907, with his young family in tow, to realize his dream of being an inventor. Little did Hill know at the time of his two-wheeled adventure that he, too, would realize a similar dream once making the Bay Area his home.

Growing up in Washington D.C., Hill’s first job in high school was in the kitchen of a local hospital, but it wasn’t until he went on a vacation to Europe with his grandmother at the age of 15 that he had what he calls his first “cooking epiphany.” While they were traveling around Switzerland and Italy, Hill kept finding himself in conversations with young, passionate apprentice chefs, and he realized that he wanted a life dedicated to learning about food and discovering new cooking techniques.

After graduating from high school, Hill enjoyed a short stint cooking in New Mexico before returning to D.C. where he worked for a year and a half at the popular Georgetown Bar and Grill. While there, Hill researched America’s up-and-coming restaurant scene by reading Gourmet magazine, which is where he first learned about a famous restaurant in San Francisco called Stars from Chef Jeremiah Tower. He realized that in order to succeed in his career he needed to live in a city with an impressive food scene, so he decided to ride his motorcycle to San Francisco. Two weeks later, Hill was a prep-cook at Stars, the most sought-after kitchen for prospective chefs in the city. In nine months, he became a sous chef, and for the next three years he worked at this culinary hotspot, which served more than 400 covers a night.

After parting ways with Stars, Hill worked in some of the Bay Area’s most groundbreaking restaurants, including the opening of Aqua in 1990 and bringing Oritalia to fame in 1993. In 1997, Hill transformed the Waterfront Restaurant, receiving a Rising Star Chef award by Wine Spectator magazine. In 2000, Hill met the partners behind Real Restaurants, Bill Higgins and Bill Upson, and was brought on board to help run the kitchen at Fog City Diner. In 2002, Hill began working at Bix, where he revived the restaurant as a partner and executive chef and helped Bix garner its first three-star review from the San Francisco Chronicle. In 2005, Hill opened Picco, which quickly became a top Marin County restaurant, as well as Pizzeria Picco, which earned multiple top honors, including Zagat’s award for Best Pizzeria in California in 2012. In 2010, Hill opened Zero Zero in San Francisco, followed by FOG CITY in 2013, where he was able to proudly customize every aspect of the kitchen himself.

During Hill’s years at Bix, he invented a culinary tool called the Chef’s Press – a weight-adjustable tool that allows food to cook faster and more evenly, which he patented in 2007. Due to the incredibly small kitchen at Bix, and Hill’s knowledge that every second counts when the restaurant is full, the Chef’s Press was born out of pure necessity. Today it is used across the U.S. and is an essential cooking tool for countless chefs.

An inventor at heart, Hill believes there is always something new to discover and ways of expressing creativity through food. When he isn’t inventing culinary devices or running the kitchen at Picco, Hill enjoys trying new Bay Area restaurants with his wife or relaxing on a beach in Hawaii.

Where do you work?

What are some of your favorite Pacific Gourmet products? 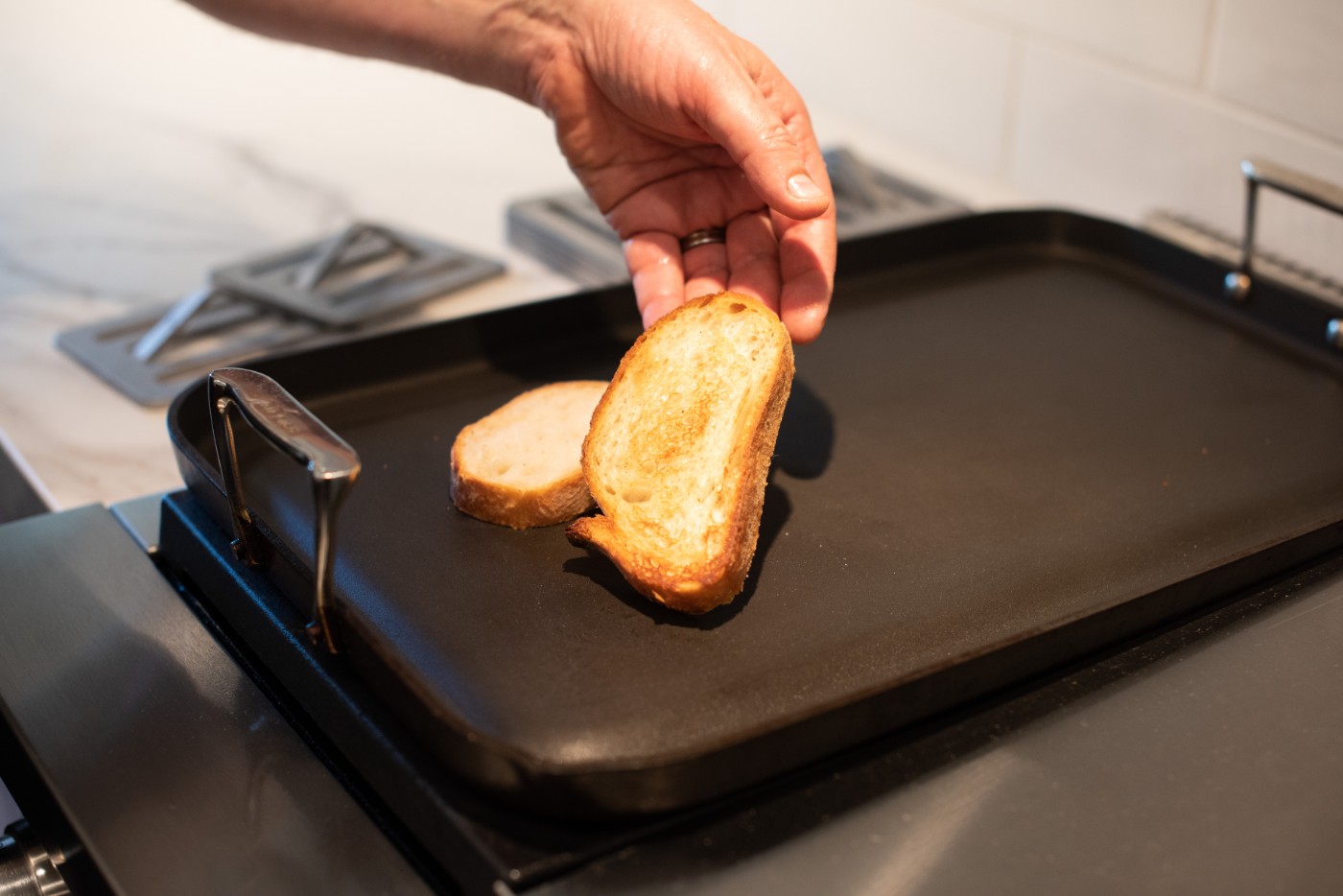